The mom and the dad had some people over for a dinner party one night, and one of their guests was intrigued by me.  Well, they all were. But one in particular knew that I had a story that needs to be shared.  So he called the mom and asked if we would speak at his service club meeting.    It was pretty awesome, because this Rotary club is one that the girl’s great grandfather belonged to for years and years.  So there were many people who were not only excited to meet me, the daring diabetic alert dog, but also the girl.  And the mom too.  Some even knew her from when she was the girl’s age.  Crazy.   But that’s not what this is about.  This is about me.  And my awesomeness. 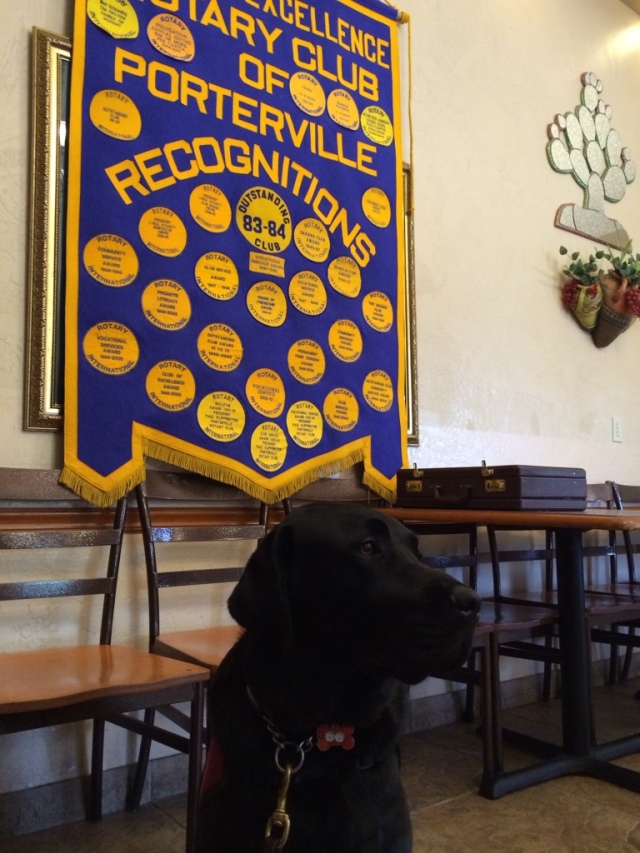 We got to the restaurant a bit early (the mom can’t help herself) and they had us make name tags.  The girl made mine.  Can you tell?

While the girl was helping to set up things, (she’s really good like that) I could smell she was going too low. So I pawed the mom.  And I was right.  The people who were there seemed to be impressed.  And that’s how I like people to be.  The girl got to eat some chips and have a glucose tab.  I got cheerios.  Ahhh, cheerios.

Before lunch the girl checked herself and she was just in range.  Perfect!  100!  Yeah, I pretty much rock.

Then after lunch, the mom and the girl and I all got up to speak to the group.  It was pretty ok. The mom can talk.  The girl talked a lot too. I chilled.  A lot.    One of the club members wrote up the talk.  Hightlights are below.

Pretty nice write up, huh?  Oh, and the cheerio thing. Yeah.  I like them so much I alerted the moment the mom and the girl the moment they were done talking because the girl was having a post meal high.  So sure enough, I got cheerios.  AND I got to show all the club members exactly what I do.  They were impressed. 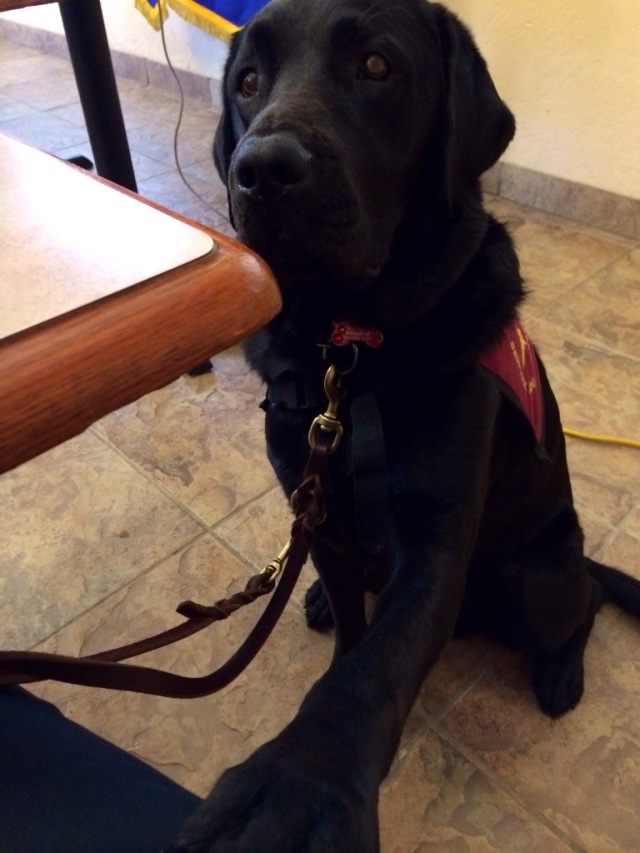 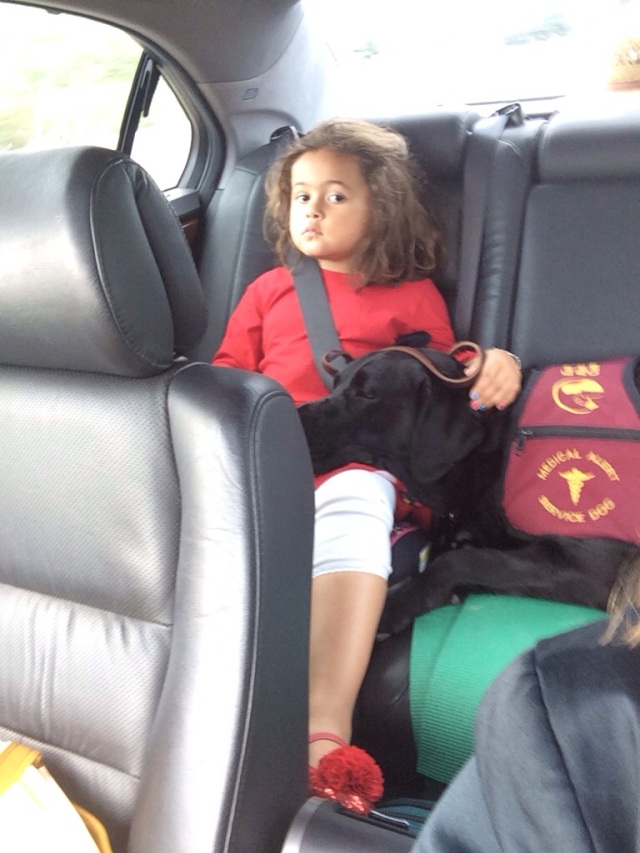